Ventspils is a city where they respect the past, think about tomorrow, and work efficiently today!

Fishermen’s toughness and Corounian pertinacity cultivated through centuries have helped the inhabitants of Ventspils to make informed decisions and work professionally and purposefully, bringing their city to previously unseen levels of development over the last two decades and turn it into a modern, tidy, flourishing city with a pleasant friendly living environment, sprawling infrastructure and a vast variety of cultural, educational, sporting and leisure activities. 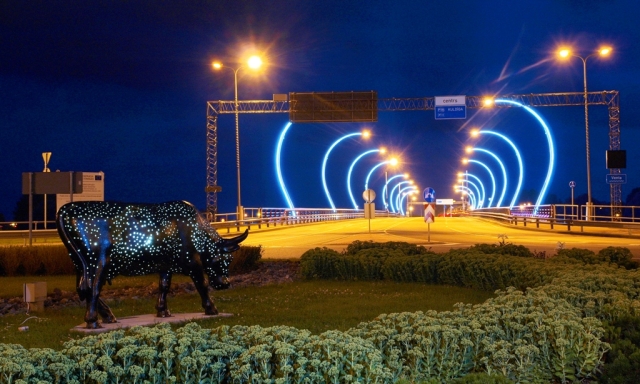 In 2012 Ventspils was awarded the title — the European Municipality of the Year.

What to see in Ventspils in winter?

Ventspils to each and every city guest offers varied recreation and entertainment possibilities in all seasons.

Travelers and history lovers are expected in the Livonian Order Castle, where in 2012 the reconstruction of the 2nd floor was finished and a new interactive exposition was arranged.

Wintertainment fans are expected in the Skiing Hill “Lembergs’ Trilby” with tracks for downhill skiers and snowboard fans, as well as a sledding track and a children’s sleighing track. From the top of the hill Ventspils inhabitants and guests are overlooked by the sculpture “Deer in Courland — 100”, During the 2nd round of the FIA European Rally Championship — the Rally Liepāja-Ventspils — one of the stages is envisaged over the hill.

The only lifting bridge in Latvia during the evening and night hours is fabulously lighted up, however during the lifting of the bridge a laser projection shows time.

After enjoying the winter activities, it is possible to warm up and rest in the Ventspils Water Amusement Park with sliding pipes, several pools, SPA baths and sauna.

What Ventspils will offer in 2013?

In February Ventspils will host the national selection of “Eurosong 2013”, as well as the snow-boarding and free-style event in the Skiing Hill “Lembergs’ Trilby”.

In May with a splendid event the summer tourism and cycling season of Ventspils will be opened, and visitors will be offered new and varied attractions in the Ventspils Adventure Park.

June will be spent in a sporty atmosphere as from 13th till 16th June Ventspils will host the Latvian Youth Summer Olympics, however on 15th June everybody is invited to participated in the half-marathon of the Adventure Park. At the same day the round of the BMX Latvian Championship will be held. 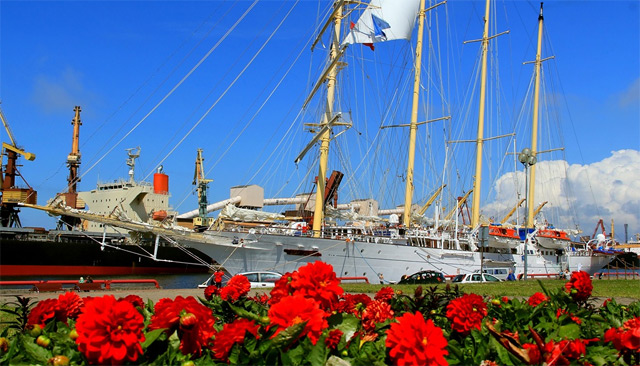 This year Ventspils celebrates its 723rd anniversary! Ventspils City Festival will be celebrated from 2nd till 4th August. From 8th till 11th August Ventspils will host the Ghetto games Festival.

Further information about the events in Ventspils is available here: WWW