How much of the IRC philosophy you will bring to ERC?
Basically, everything. We will use our IRC experience, business model, everything that will help us to organize the fantastic European Championship. We want to point out that we are not going from IRC to ERC, we are overtaking the European Championship. We are sure that it will help competitors, teams and everybody involved. 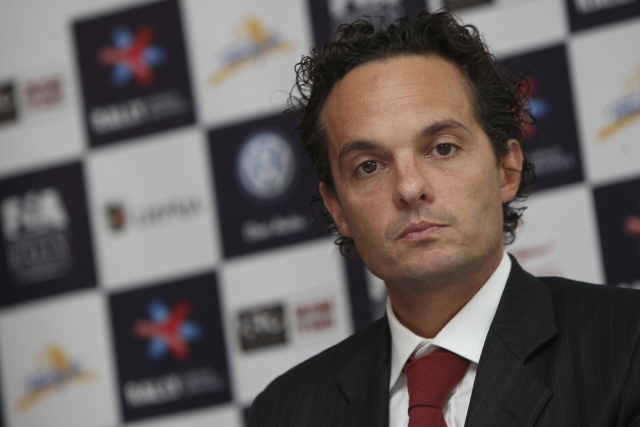 How much events you will bring from IRC to ERC?
The official calendar of ERC is not announced yet — it will happen at the end of October or at the beginning of November. We are working together with the existing and potential organizers, as we want to make the perfect calendar. Your rally (Liepāja-Ventspils) is already confirmed, as is the rally Jannerally (Austria). Of course, we will retain some historic rallies as Corsica, Ypres, Barum rally.

It will be a very hard competition between organizers to get in the calendar. What are your criteria, knowing that Rally Liepāja-Ventspils will never be as legendary as Monte Carlo…
We are weighing up many positions, for example, the level of the organizers, backing from the local government, sponsors, country government. And last, but not least, — landscape! One must not forget that from the point of view of television, landscape in rally is very important. What concerns the Latvian round, we must hope for the snow. If there is snow, this rally will be really impressive! I had an opportunity to visit some stages – they are very beautiful! This is going to be a fantastic rally!

Will this championship be mostly for competitors, TV audience or spectators?
Our target is to follow the IRC footsteps and to make ERC open for competitors and young drivers and at the same time not to forget about rally stars willing to participate in our rallies. We want to remain open for everybody and possibly find some future stars as we have done it in the past.

What will be the relation between the tarmac and the gravel rally?
This is one of thousands of issues to be resolved while working on our calendar. Of course, this relation is very important. I can assure you that half of the stages included in the calendar will be winter or gravel rallies, the other half – tarmac rallies. So, the next season will be well-balanced.

Which classes will be represented in the ERC entry lists?
We are open for all classes as we want to see as many competitors as possible. All cars must comply with the FIA regulations, of course.

Are TV viewers interested in rally?
In those six years with IRC we have raised our Eurosport TV audience up to 100 million viewers around the world, and in Europe alone we reach more than 120 million homes. Besides, we not only concentrate our regular and traditional TV broadcasts, but also offer applications for modern media technologies, i.e. tablets and smartphones. We will continue to translate the Live coverage from the events, but not from Latvia, unfortunately, because, as you understand, costs are very high.