The 2nd round of the FIA European Rally Championship — the Rally Liepāja-Ventspils — that at the same time is also the 1st and the 2nd round of the Latvian Rally Championship started on Friday in the Liepāja neighborhood with the qualification and the test stages in the morning and selection of the start position and the first three stages in the afternoon. 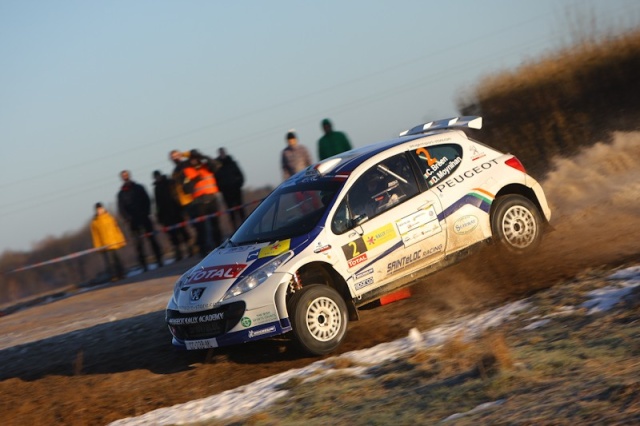 Craig Breen at the qualifying round. Photo: Aigars Tīdmanis, Go4Speed.lv

The first day of the Rally Liepāja-Ventspils started with the qualifying stage, during which 12 priority drivers of the FIA European Rally Championship (ERC) were given the possibility to ensure the desirable first day start position. The fastest in the qualification stage were the Finns Jari Ketomaa/Kaj Lindström (Ford Fiesta RRC) and thus Ketomaa was the first to choose the start number and he decided to start the Rally with the number one.

The representatives of Russia Alexey Lukyanuk/Alexey Arnautov (Mitsubishi Lancer Evo X) lost to the leaders 0.8 seconds in the qualification stage and chose to start from the 6th position, however the third fastest driver, which lost to Ketomaa only 0.9 seconds, was the Russian representative Vasily Gryazin/Dmitry Chumak (Mitsubishi Lancer EVO IX), which starts with the Latvian license, and he chose the 5th start position. 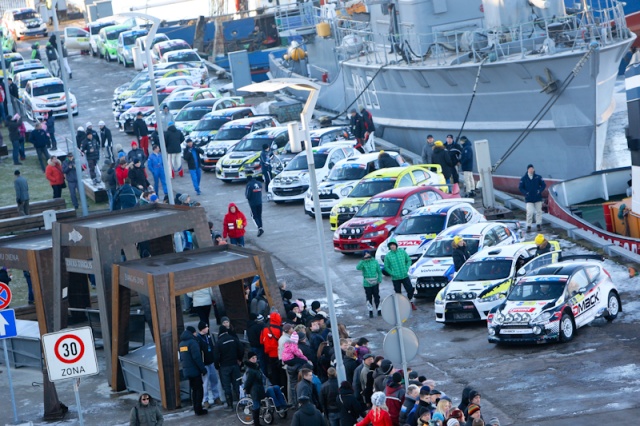 Moments away from the ceremonial star in Liepaja Promenade. Photo: Aigars Tīdmanis, Go4Speed.lv

The event was formally opened in the Liepāja Promenade, and after the first kilometers of the stages excellent speed was demonstrated and the leader position was taken by the Irish crew of Craig Breen/Dave Moynihan (Peugeot 207 S2000). Breen won all three stages of the first rally day and at the end of the day outpaced his closest follower Jari Ketomaa by 6.4 seconds. The third place was taken by the experienced French sportsmen Francois Delecour/Dominique Savignoni (Peugeot 207 S2000) — this crew lost to the leaders only 12.1 seconds. 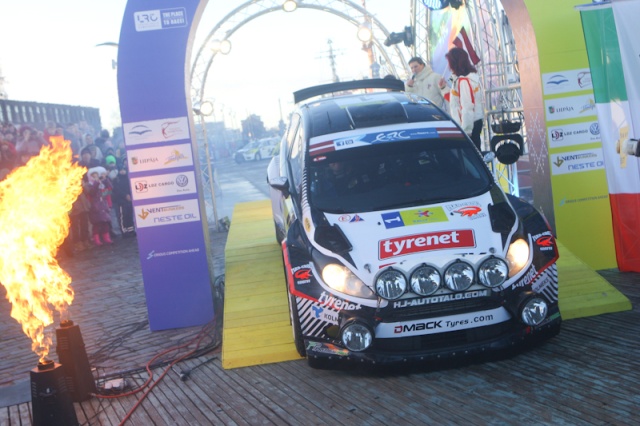 After the first three stages the fastest Latvians in the ERC set-off were Raimonds Kisiels/Arnis Ronis (Mini Countryman JCW RRC) and Aivis Egle (Mitsubishi Lancer EVO X) — in the total valuation they took respectively the 7th and the 8th position.

Simultaneously with the ERC 2nd round along the roads of the Liepāja, Ventspils and Kuldīga neighborhood two rounds of the Latvian Rally Championship (LRC) took place — the result of the 1st round will be established after the stages of Friday and Saturday, but after the distance to be covered on Sunday the winner of the LRC 2nd round will be established.

Lukyanuk accomplished the first three stages faster than other drivers of the LRC set-off. Jānis Vorobjovs/Guntars Zicāns (Mitsubishi Lancer EVO X) lost to the Russian sportsmen 2.5 seconds, but another 1.1 second was lost to him by Mārtiņš Svilis/Ivo Pūķis with the Mitsubishi Lancer EVO VIII.

However in the R2 group on the first day the fastest was M. Ķenavs/J. Vīksna (Honda Civic Type-R) and 17.5 seconds behind him was E. Blūms/I.Vecgailis (Ford Fiesta). N. Bruņinieks/E. Grīns (Ford Fiesta) were in the third place — they lost to the leaders 20.7 seconds. 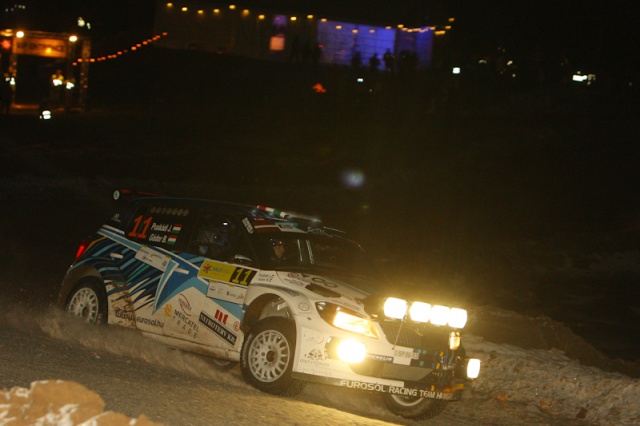 The Rally will continue on Saturday, 2nd February, when in the Liepāja neighborhood at 10.20 the start of the 4th stage will be given. The second rally day will be concluded with the special stage Ventspils Kalns (translated: Ventspils Hill).