The French pilot Francois Delecour debuted in the World Rally Championship (WRC) in 1984 and spent in these series 18 years. Overall he has started in 97 WRC rounds and has won 215 stages, scoring in total 334 points.

These are only “dry statistical data”, but behind them stand an energetic, attractive and vigorous man, who at the age of 50 is ready to pace with full speed along mountain roads, icy forest roads and dusty fields. Francois Delecour is a living rally legend that has experienced all major rally eras — the breathtaking B class, the development of the today’s WRC cars and now also the next step — the S2000 times. And it does not seem that he intends to stop at that.

Considering the fact that Delecour’s rally career lasts more than 30 years already, his competition geography is very vast, however there are countries, the rally roads of which he has not seen. Latvia is one of such countries, but this fact will be corrected this week already, when the French pilot will participate in the 2nd round of the European Rally Championship (ERC) — the Rally Liepāja-Ventspils. 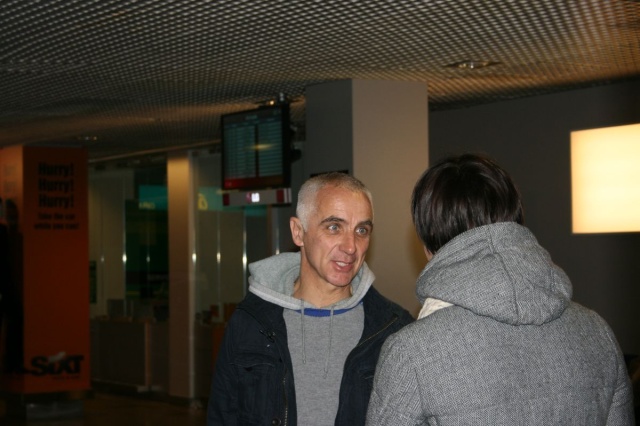 “I do not have a clue about the number of countries I have started in rallies,” Delecour acknowledges to the Portal Delfi. “I have been almost everywhere, however there still are countries I visit for the first time, for example, your country. I have not been in Poland either, but it will host the ERC round this year. I have always enjoyed visiting a country for the first time, seeing new roads and getting to know new people.”

After quitting the World Rally Championship (WRC) Delecour now and then started in several rallies, tried his strengths in the road rally[u1]  with the Porche, but in 2012 returned to regular rally events and became … the Rumanian Champion. Now he promotes this country and starts with its support.

“Am I Romanian? No, no, no, I am French,” laughs Delecour. “I have a good friend in Rumania, and this is how I got into the championship of this country. Good relations are the basis of everything.”

In the 1st round of the ERC Delecour took the 7th place, however none of the pilots finishing prior to the French pilot will come to Latvia. This means that in case of good results he can come forward in the ERC total valuation. Delecour is 31 point behind the present leader and the winner of Jannerallye Jan Kopecky, but in case of victory he can acquire 38 points and outpace the Czech. 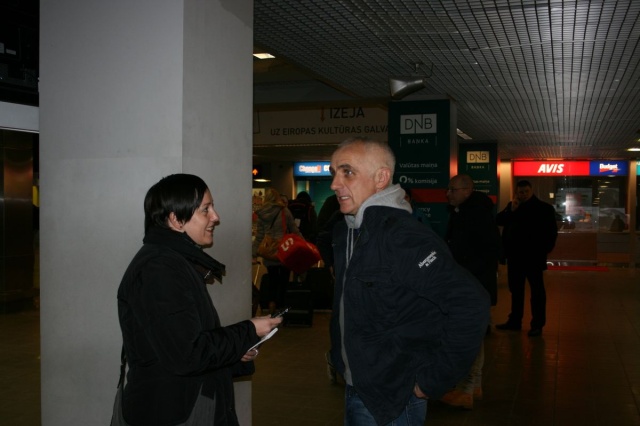 “Yes, it is easy calculable, but can be difficult to achieve,” says the experienced pilot about this mathematics. “I have to reach the finish and show a good result. I will be satisfied, if I manage to step on the pedestal of honor. I wanted to come to this rally as it is important to acquire more points that may be useful at the end of the season. We will strive to participate in at least 11 ERC rallies, and it is important to start in Latvia. I insisted on that!”

Despite the fact that for many years Delecour has started in the WRC round in Sweden and in general knows the winter rally well, still he better enjoys “milder weather conditions”. Several persons from the rally circles say that the French pilot has expressed hope that during the rally the air temperature in Latvia will be above zero. “The most important element is snowdrifts, as driving is safer then,” says Delecour.

Knowing that the French are considered to be free-livers, the Portal Delfi asked whether Mr Delecour has order in the hotel his favorite French wine. “I do not consume alcohol!” says the French pilot. “I do not smoke either. I am almost perfect!”