It is considered to be very prestigious to start in the motorsports event with the number one. This means that the respective crew is eiher champions or the fastest and the most experienced drivers. In the Rally Liepāja-Ventpils that is the 2nd round of the European Rally Championship (ERC) the number one is awarded to the Finns Jari Ketomaa/Kaj Lindström. Considering their rally car that is Ford Fiesta RRC and their experience this definitely is the crew number one!

Although the famed member of a crew usually is a driver or pilot, in this tandem possibly the steersman is better known. The Finn Kaj Lindström has red a transcript to his national Tommi Makinen, but later he drove together with nobody else than the attractive F1 pilot Kimi Räikkönen for two years while Kimi was not in the F1 and was driving in rally. 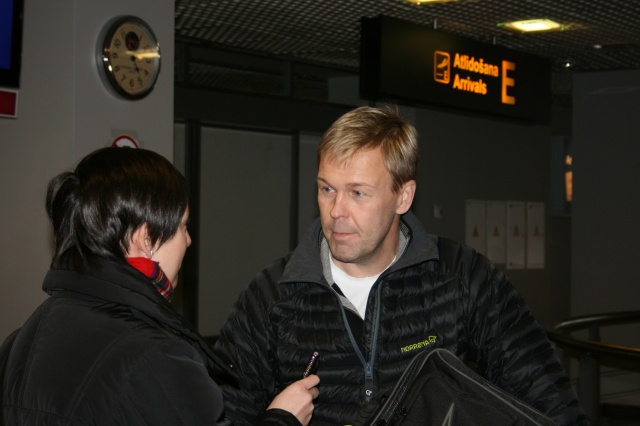 “The most interesting time for me definitely was with Tommi Makinen. When I joined him, Tommi was a quadruple World Champion. I can thank him for everything I can teach to the young drivers, for example to Kimi and now also to Jari,” the experienced steersman revealed to the Portal Delfi. “Yes, I am lucky that all my pilots have been good and simple fellows and that both with Tommi and Kimi I have spent good time together. And now I am having good time with Jari — by the way we come from the same city Mikkeli. Therefore I know him for a long time since he was not even 18 years old. We started just talking, and Jari said that he wants to participate in couple of rallies at the beginning of the year and asked if I would like to join him. Why not? I did not have any plans for this year, and I am very glad that I can help him.”

Driving with Tommi Makinen as an experienced champion was calmer, however Kimi Räikkönen used to scare his steersman a lot by “arranging” serious accidents. But Lindström remembers this time with a smile and now follows his pilots’ achievements in the F1. “I am very glad indeed, that he shows good results in the F1,” says Kaj. “We met after Christmas and spent a couple of days together and talked. Kimi is doing well, however he acknowledged that he misses rally. It is obvious that one day we will see him in the rally car again!” But in the rally car he will not be able to say the phrase that made Kimi famous this season in the F1: “Leave me alone, I know what to do”, as without a steersman and in silence he will not get far. “Yes, that was the thing Kimi found the hardest to get used to!” agrees Lindström. “He had been driving in silence all the time, but then there was one Finn beside him talking all the time. It was not easy.”

However Ketomaa has an experience episode that makes him superior to his steersman and it is participation in the Latvian rally events. Jari Ketomaa for the first time started in Latvia in 2008, and since then he has participated in several of our rallies. But one thing is for sure — this will be his first winter rally in Latvia. 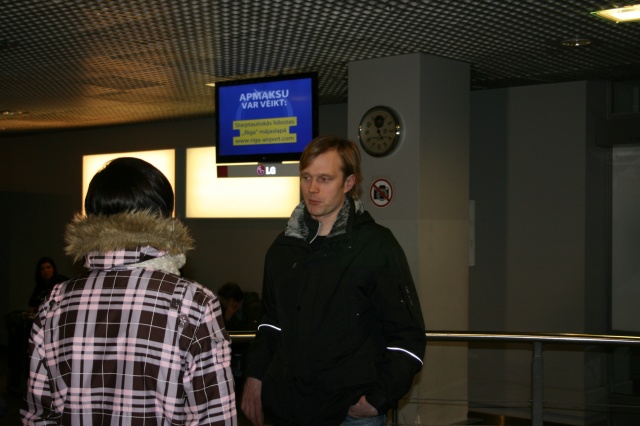 “I have visited Latvia in winter. I expect a good rally, and the most important thing is that it is not too warm and roads remain frozen — I am looking forward to that. Knowing how events are organized in Latvia I am not concerned about the rally itself, the most important thing is the condition of roads,” says Ketomaa. “Yes, I want to win this rally. I cannot say for sure that I will do that, however it is my aim. It is to be noted that this will be my first rally this year. Actually I have not participated in competitions since the August last year — the WRC Rally of Finland. I have had many test, but not competitions. Before the Rally Liepāja-Ventspils we have envisaged one whole day for tests, so everything should be ok.”

“I like to drive for them — the Latvian rally fans. I am very glad that I will participate in this event and will try to drive as good as I can, so that I have the reason to celebrate in the Sunday evening!” says the Finish rally driver.

Ketomaa which has achieved good results in the SWRC and PWRC Championship cannot tell much about the plans for this season yet. “We will drive this rally, then the WRC Rally of Sweden and afterwards we will see,” he says. “Currently we are negotiating, but right now I cannot reveal anything. Yes, about the start in the WRC, but many things depend on my success in these two rallies. If the results are good, I will have more possibilities to start this season. If my results are bad, there is no use to do anything further! However I think that everything will be great!" 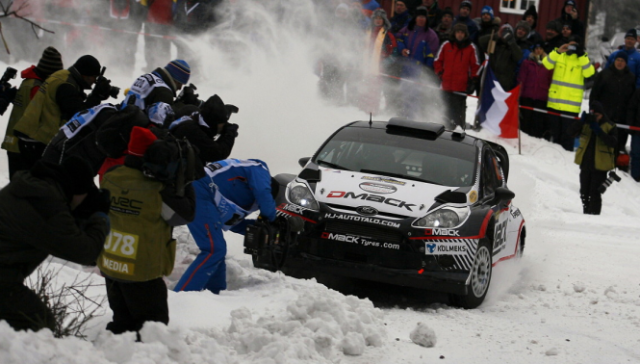 We have already written that the Latvian round for the first time in the history of ERC will include the qualification stage, during which the pilots will establish the start order. “I have big experience with such stages. I have participated in several WRC qualification stages,” says the Finnish pilot. “It is a very interesting stage — you have one drive that is to be covered with full pace in order to achieve a good result. In rally many things depend on weather conditions, therefore this qualification stage is very important."

Speaking about the main competitors in this rally both the pilot and the steersman agree that the main rivals will be the Irish Craig Breen and the experienced Frenchman Francois Delecour. “The list of rally participants is good — Craig Breen, Mr Delecour. I hope that everything will be great for us and that the technique works properly. I will be glad if we win. Jari is good enough in winter rallies, and I hope that we will keep the number one until the end,” says Kaj Lindström.