During the previous week the participants’ list of the 2nd Round of the FIA European Rally Championship (ERC) „Rally Liepāja-Ventspils” has increased significantly and now officially includes the Finn Jari Ketomaa and six other crews. 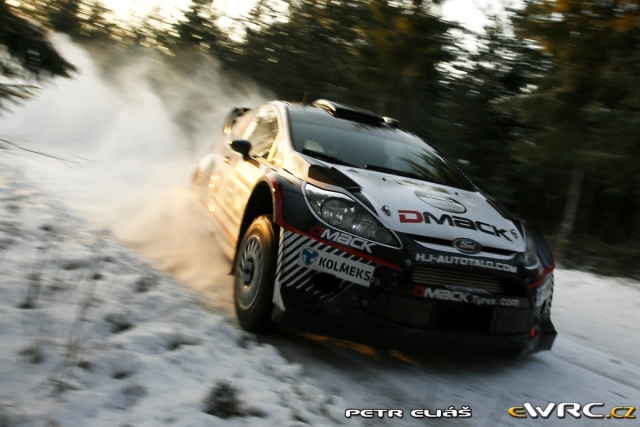 During the previous week the participants’ list of the 2nd Round of the FIA European Rally Championship (ERC) „Rally Liepāja-Ventspils” has increased significantly and now officially includes the Finn Jari Ketomaa and six other crews.

One of „Rally Liepāja-Ventspils” participants will be a well-known Finnish pilot in Latvia — Jari Ketomaa. Jari Ketomaa, the winner of „Latvia 2007”, is 33 years old, and during his career has participated in 26 World Rally Championship (WRC) rounds, and his highest achievement was reached in his home round „Neste Oil Rally Finland 2009”, where he finished in the 9th place. Jari Ketomaa with the car Ford Fiesta RRC in „Rally Liepāja-Ventpils” will start in the group S2000, and his co-pilot will be Kaj Lindström, who previously drove together with the F1 pilot Kimi Räikkönen. 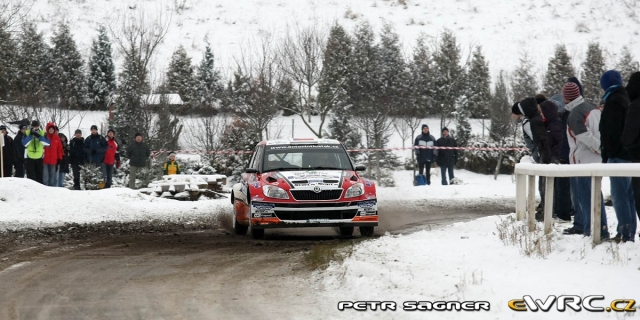 The fourth S2000 group car included in the list of participants in the rally will be piloted by the Czech Antonin Tlusak / Lukas Vyoral — they participated also in the 1st round of the ERC in Austria, where after the first rally day they defaulted from the 20th position. During his career Tlusak has once participated also in the WRC round in France (48th place) and overall has participated in 57 events of the ERC and has won in “Rallye International du Valais 2011”. Besides Tlusak another three Czech crews will start in Latvia — Vojtech Stajf / Petra Rihakova (Subaru Impreza), Jiří Sojka / Jindřiška Žáková (Suzuki Ignis Sport) and Jaroslav Orsák / David Šmeidler („Mitsubishi Lancer Evo IX). 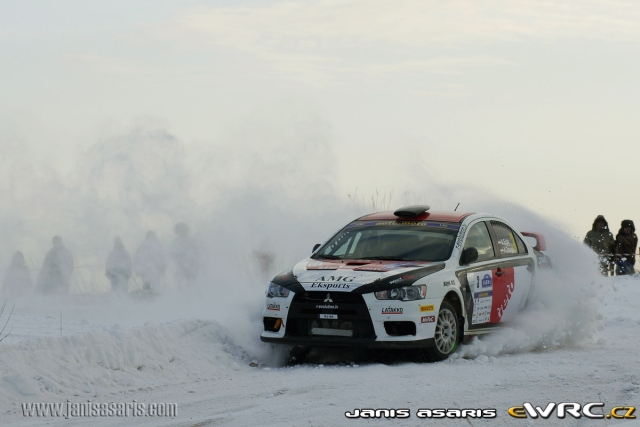 Currently the number of crews applied for participation in the 2nd round of the ERC “Rally Liepāja-Ventspils” is 31, which is equal to the number of the Latvian Rally Championship applicants, and in total 12 different countries are represented. The application of the participants will continue till 15th January 18.00 (EET).

The actual list of the participants is available here: www.lvrally.com/eng/rally/competitors.